how many times have you asked yourself…what if?

WHAT IF I had gone to college right out of high school instead of waiting to finish until middle age? What if I would have taken the job with the Chamber of Commerce instead of The Truancy Project?  What if I would have left my husband when I found out he had affairs during our marriage instead of staying and working things out?  Each of these “WHAT IF” scenarios turned out perfectly…was it FATE that pushed my life choices?  If I would have gone to college full time right from high school or taken the job at the Chamber I may not have become a Juvenile Probation Counselor, a career I adored. If I would have ended my marriage I wouldn’t have found out what an amazing human my husband would become.

During meditation the other day my mind wandered to WHAT IF my husband and I had taken a different path?  WHAT IF we went our separate ways and had not worked our way back together? I drifted back to a cold day in February 2016 when Husband and I were at Dale’s, our couples counselor’s, office.  I had been waiting for over a year to hear the whole truth about Husband’s last affair which I finally got that day.  But there was another piece of business I needed cleared up as well. The October before, while we were separated, he was living at the beach and we were at our lowest point.  I was beginning to think we wouldn’t make it.  He hadn’t been to the Mankind Project yet so he didn’t have the skills he has now to help work through our difficult relationship issues.

A couple weeks before that February counseling session Husband received a text message from a woman asking why I was looking at her LinkedIn account.  He replied to her that he had no idea why and told me about the exchange.  This was a woman I had never liked who previously worked at his company.  I had a LinkedIn account at the time and her name popped up as someone I might know.  I was curious about where she was working so I clicked on her name, that was it.  I thought it was strange she would contact my husband about this since LinkedIn is an open forum.  Full Disclosure: I also didn’t like Husbands response to her so I sent her a snarky message myself asking why she would contact my husband and if she didn’t want anyone looking at her LinkedIn why did she have an account?  I didn’t get a response back but, something was fishy!

At Dale’s office, I again questioned Husband about the woman’s odd text.  He came clean admitting that during this low point in October he had texted her and another woman telling them we were separated and asking if they would be interested in getting together for “social activities” if we ended up divorced.  I was furious,

not because he texted the women, but because he wasn’t forthcoming about this when the woman he worked with had texted him months later.  And…as it turned out, once again, my intuition was right on!  I stormed out of Dale’s office, almost knocking down his coat rack & spilling some tea, saying I was done!!

As I literally ran out of an office I’d been to dozen’s of times, I got lost in the stairwell.  Dale’s office is on the top floor of an old building in SW Portland.  In my anger I couldn’t find my way to the elevator and ended up back at his office where we dealt with what I just learned.  During my meditation, I thought…WHAT IF I would have found my way out of that stairwell to the elevator, the street and back home.  WHAT IF…I would I have deleted Husband from my life by changing the locks, blocking him from my phone and started divorce proceedings?

Or was it fate?

Was it fate when I got lost in that stairwell and ended up back in Dales office?  Life is definitely mysterious.  Dwelling on what might have been won’t change today or tomorrow and it’s not healthy to live in the past.  Mistakes will be made and we may regret poor decisions but we can learn and grow from every single life choice we make.

My life would have been completely different than it is now if we had divorced. I think fate had a hand in the outcome because I’m happier right now than almost any other time in my life and, I believe, I wouldn’t have had the personal growth I’ve experienced if we had parted ways.  It came with a lot of pain that I hope to never experience again, but no guarantee on that.  It is why living in the moment and savoring all the beauty of nature and what life has to offer is what I choose for my own inner peace.  No more what ifs for me, I’ll take today thank you very much! 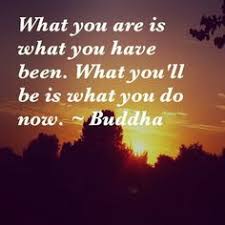 Till next time…
Peace & Love,
D’Alene

I've been married 35 years and am a retired Juvenile Court Probation Counselor. 5 years ago my world turned upside down, but after lots of hard work by my husband and myself, the world is right side up again. After much introspection, counseling, reading, classes and healing I decided to start writing about my experiences as a way to help others and continue to find my path to Zen. I love yoga, hiking, meditation, reading, cooking (sometimes!), movies, the beach and hanging out with my family and good friends. I'm a social introvert who loves to be with people, then retreats and recharges before heading out again.
View all posts by D'Alene →

This site uses Akismet to reduce spam. Learn how your comment data is processed.