Over the Fourth of July weekend in 2015, I was feeling stronger and more hopeful of how things were going when I suggested we pull out our Marriage 2.0 where the number one item was FULL TRANSPARENCY, NO SECRETS.  I felt for us to move forward it was important for me to be as transparent as I expected

Husband to be.  I had previously told him about meeting someone in February while out with friends.  We mostly just talked on the phone a few times, emailed and

texted. He was much younger and interested in starting a relationship, which was flattering, but I knew getting involved with someone was not the best thing for me to do, so I ended it.  What I hadn’t told Husband was that we met once more at a restaurant and kissed when saying goodbye. I believed I was honoring Marriage 2.0 by telling Husband the entire truth about what happened.  Well, he flipped out calling me a liar, upset the other man kissed me and shocked at my behavior.  Dr. P., my therapist, and I discussed how Husband’s overreaction was curious and now he turned the table to make himself the victim. Remember Gaslighting from my “Staying Married After Infidelity: 3 Lessons” blog?

Husband came up with a list of eight “boundaries” for us to follow because he was feeling emotionally battered.  Some of them sounded reasonable, some not.  I agreed we should wait 48 hours to discuss my sessions with Dr. P because it took time for me to process them without getting too emotional. I also agreed we should limit our marathon talks to no more than 45 minutes at a time. He wanted to know if I’d ever be able to “get over” what he did, because if I couldn’t, we should end our relationship now. Back then the answer was simple, I would never, get over it.  Today….I’m still not over IT, but have moved past dwelling on what happened.  It felt as though Husband was not only trying to manipulate me, but also our couples counselor, especially now that he

was the supposed victim.  During one contentious session, Dale told Husband “you can’t fool the magician,” which really upset him.  What Dale meant was that he could see through all the bullshit Husband was throwing out and called him on it.  When my husband looks back on this now, he admits he was trying to take a shortcut to counseling and healing our marriage.  He wanted to get things “back to normal” as quickly as possible, which could never happen.  At the time, my husband didn’t have the skills or training to make the serious changes he knew he needed and wanted.  Instead he would sometimes revert to using controlling and manipulative tactics that worked for him for so many years and were extremely damaging, to both of us.

We kept stumbling along for the next few months and before we knew it, it was October 18th, the one year anniversary of the “bomb drop”.  A couple of weeks before that was our 31st wedding anniversary but I wasn’t about to celebrate it.  To me that date was now meaningless.  But Husband wanted to commemorate the day so he came up with a Day of Gratitude which I agreed to.  He made a simple meal of white bean soup and bread and we each listed what we were grateful for in our lives.  I must say, it was very meaningful.  Surprisingly, or not, we had many things on our gratitude list and it felt good to acknowledge them in the midst of all our turmoil.  We decided for the bomb drop day we would get out-of-town and spend the night at the Bonneville Hot Springs Hotel.  We had a nice room overlooking the magnificent Columbia River.  We were having a lovely dinner that was going well but I had something on my mind, something that kept nagging at me and my intuition.

ALWAYS TELL THE TRUTH, THE WHOLE TRUTH AND NOTHING BUT THE TRUTH…

I didn’t believe he was being completely honest with me yet and I couldn’t move forward until I was sure he was telling the whole truth.  He’d been adamant that

he and the other woman never spent the night together, but it didn’t make sense to me they wouldn’t since they sometimes traveled for business.  During dessert I asked him again if they ever spent the night together. He said…“Yes, I’ve told you before that we did”…NO he hadn’t!  I reminded him what he said before and that he said he drew the line at spending the night with her. I was furious and hurt, more by the lie than the action.  Back in our room he gave me some convoluted story about how she was supposed to go home, got lost and showed up back at his hotel room.  The more I thought about it the more I knew he was STILL lying, and worse, now his lie was a lie.  It was a dumb story that made ZERO sense.  What was also upsetting was, if there was this lie, there were probably others.  In fact, over the previous couple months we’d had problems with other “little white lies” I’d found out about. I had told him if he realized he wasn’t being truthful, to please come to me and clear it up.  It would be easier to deal with and I would respect him more if he admitted he made a mistake before I found out on my own.

A couple of days later I told Husband I didn’t believe his story that the other woman got lost and just happened to show up at his hotel room.  He finally admitted they had planned to spend the night together, and yes, he had lied, again.  I was surprisingly calm when I told him I couldn’t do this anymore and he needed to leave, to work on himself, without me.  We met with Dale who agreed it would be best if we separated.  Almost from the beginning of our counseling, Dale had suggested Husband attend the Mankind Project  to work on the deep issues that kept getting in his way, but he resisted.  We had both thought it sounded a little weird and didn’t think it was necessary.  Now however, we were at the end of our relationship and Husband knew this was a last chance to work on being the man he was meant to be. He knew it could be a life saver for him, whether we got back together or not.  He signed up for the Mankind Project right away and headed to California in November for the three-day program.  He also started looking for an apartment to rent.

I’ve said this before but it bears repeating…when trying to repair a marriage broken by infidelity, it is IMPERATIVE, the whole truth gets out there.  No exceptions!!! It’s like being stabbed in the heart all over again each time a new lie comes to the surface.  I know it’s difficult, but getting everything out, in the beginning, can save so much time and heartache. The article “20 Most Common Mistakes of the Unfaithful Spouse” lays out what I’ve been talking about here.  Most articles and books I’ve read stress the importance telling the entire truth right from the beginning because the healing process can’t fully begin until it’s all out there, ugly as it could be.

MANKIND PROJECT TO THE RESCUE…

To end on a positive note, our marriage is now based on truth and transparency.  With the help of Dale and his personal counselor, the Mankind Project opened my husband to find his true self; A man of integrity, who is authentic, speaks from his heart and is present in his relationships. We have both made significant changes in how we communicate, treat each other and love each other.  The effort has been worth it. 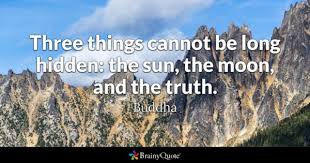 Til next time…
Peace & Love,
D’Alene

This site uses Akismet to reduce spam. Learn how your comment data is processed.